Comprehensive overview of This Able Veteran:

Veterans unite with their service dogs for the first time in southern Illinois – KFVS12, November 26

A Veteran’s Best Friend – The Southern

Two veterans with PTSD will get a new lease on life thanks to the Gateway Warrior Foundation – The Southern, January 9, 2015

Doan receives Rotary award for work with This Able Veteran – The Southern, July 12, 2013

Visit gives vets’ use of therapy dogs a boost – The Southern, September 26, 2012 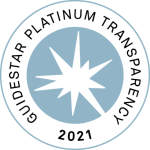 Your ticket for the: In the News